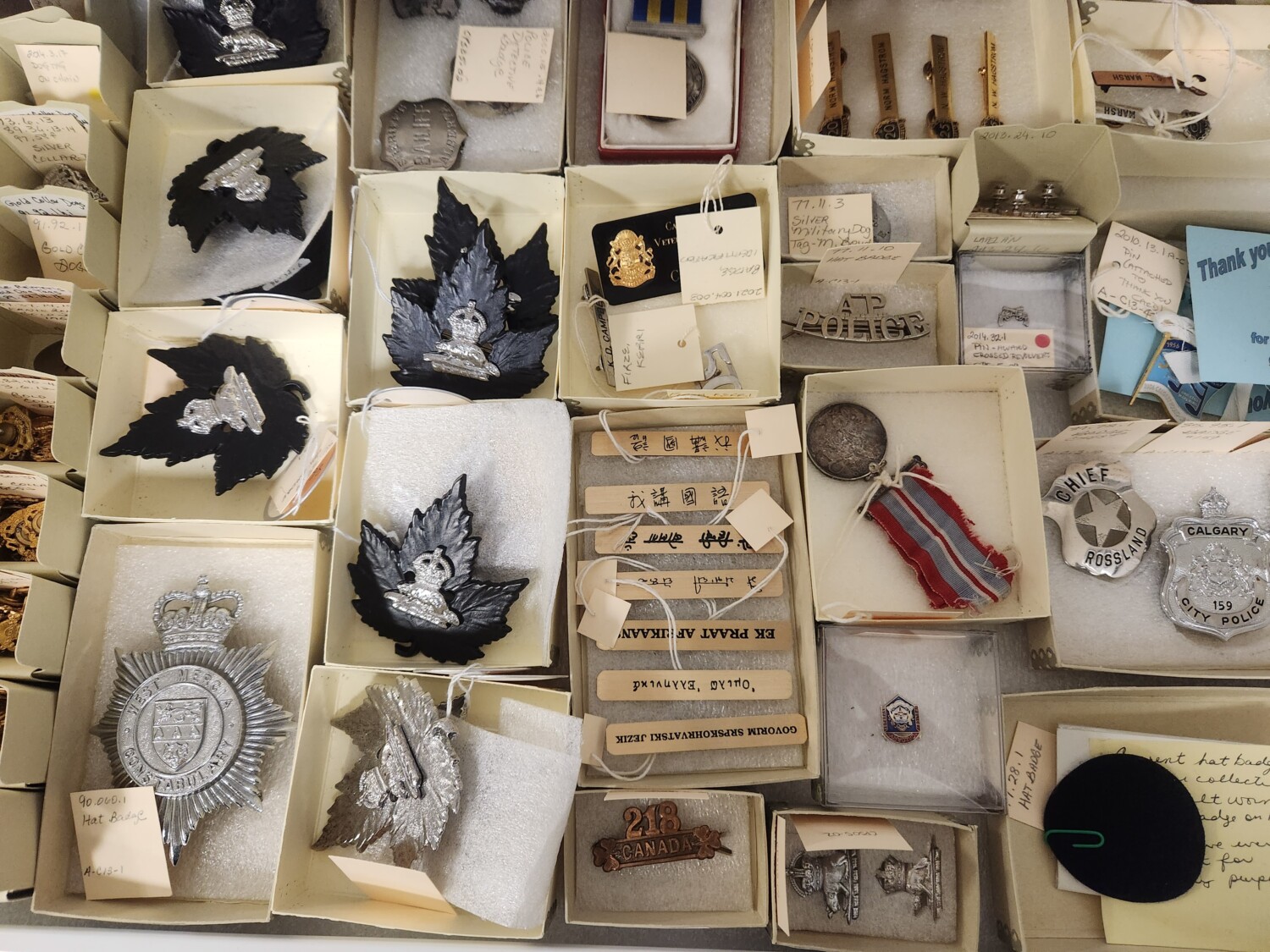 Our vast collection of policing artifacts continues to grow almost daily. From policing tools to Calgary Police uniforms, we collect all manner of law enforcement implements, uniforms, and regalia. We also actively collect personal mementos and memorabilia of current and former Calgary Police members. By the numbers our artifact collection includes:

If you are in possession of any items that you think may be of interest to the Calgary Police Interpretive Centre and are willing to consider a donation to the museum, please send an email with the history and description of the item to us at archives

BACK TO POLICE MUSEUM